The general training module is required if you apply for a working or immigrant visa while the academic is for student although this can vary among institutions or countries. The best thing you can do is inquire from the institution you are applying to. Keep in mind that one module cannot be presented as a replacement for the other. If you are asked to take IELTS Academic, you have to submit to them your IELTS Academic test result form, not a general training one, and vice-versa. 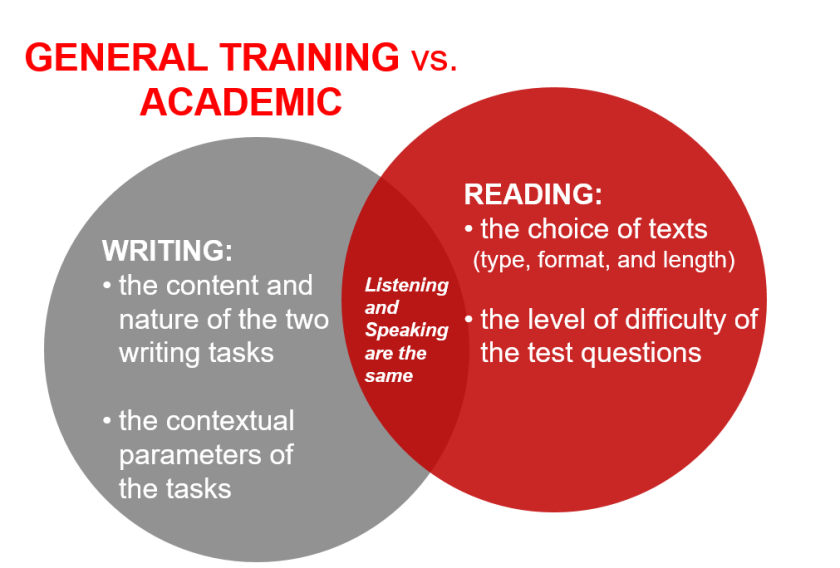 The same is true with the speaking test. You may have different sets of questions, but the format of the entire test is the same.

On the other hand, the general training task 1 can be formal, semi-formal, or informal depending on the situation given to you where your task is to write a letter. Task 2 is an essay task that is similar to task 2 of the academic module.

The academic module is generally more difficult than general training. First, the topics or the nature of the contents are more academic such as research, discoveries, or psychology while the general training is usually lighter and is usually taken from magazines or brochures such as different menus of restaurants or advertisements of a particular line of business. Second, they also differ in terms of length where the academic module has one lengthy academic per section while the general training has two short articles for sections one and two and a long passage in section three.